It has been a busy few months since we returned from our road trip and sadly the blog has been neglected.  However, in a couple of weeks we are travelling to Japan for a month and so blogging will, once again, be on the agenda.  Meanwhile I thought I would reflect on a fabulous little trip I took in July to our beautiful Orpheus Island on the Great Barrier Reef.

July is a wonderful month here in North Queensland.  It is winter and the weather is glorious with days of around 25C and cool nights.  There are many festivals and events planned for this time of year and one of my favourite is the Australian Festival of Chamber Music ( http://afcm.com.au ).  Now in its 29th year this Festival brings musicians from all over the world to perform here in Townsville in a variety of venues ranging from an intimate space at The Ville for Conversations and Music, to full blown concerts at the Civic Theatre as well as performances in Cathedrals, Schools, on Magnetic Island and even in the street.  A firm favourite, though, is the day trip to Orpheus Island, a small, secluded island in the middle of the Palm Island group about two hours from Townsville.  Here a few musicians play on the beach – their ‘stage’ being between large granite rocks, on the sand and shaded by large trees opposite the ocean with fantastic fringing coral all around. The audience can choose to either sit on the beach or the rocks to listen – or even to swim and watch the whole event from the warm waters of the Reef. 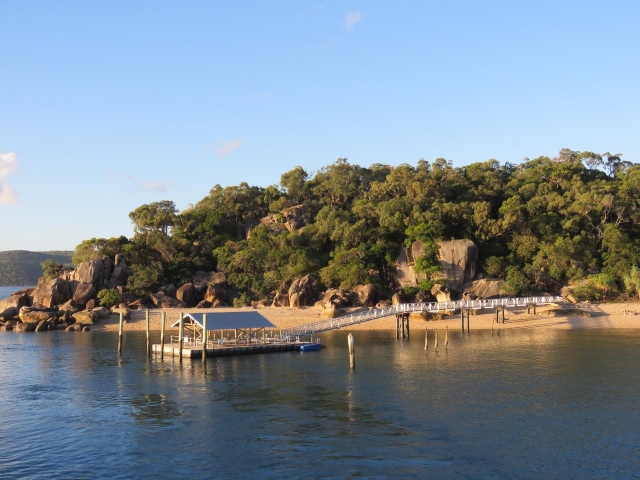 This part of the island is set apart from the very exclusive resort and the ferry arrives at Yanks Jetty onto the small beach at Hazard Bay. The trip across from Townsville passes several small islands, mostly uninhabited, and it is here that we watch for whales.  The Humpbacks come to this region every year to calve and fatten up the babies before returning to Antarctica in November to spend the summer months there.  This year was no different, we were lucky to see three of these magnificent creatures.

Excitement builds and everyone goes onto the top deck to try and spot the mother and calf – then suddenly she is there, right in front of you! 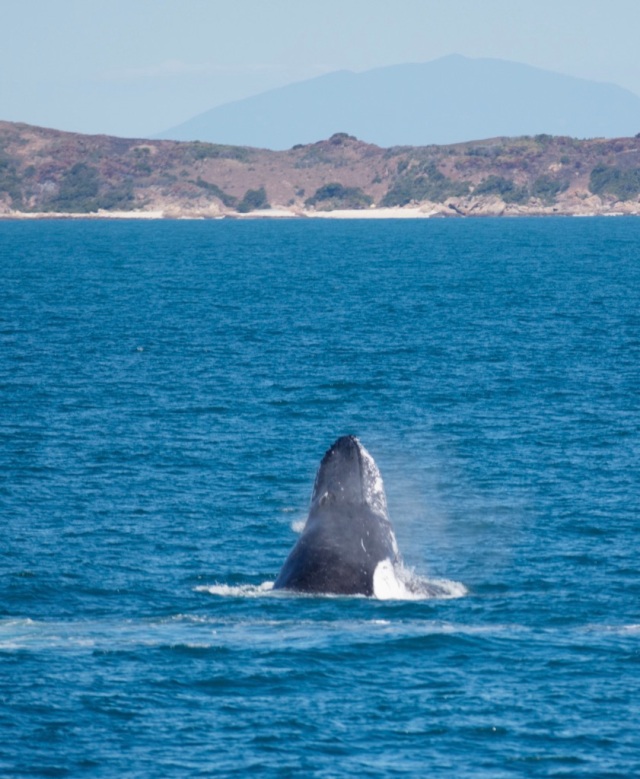 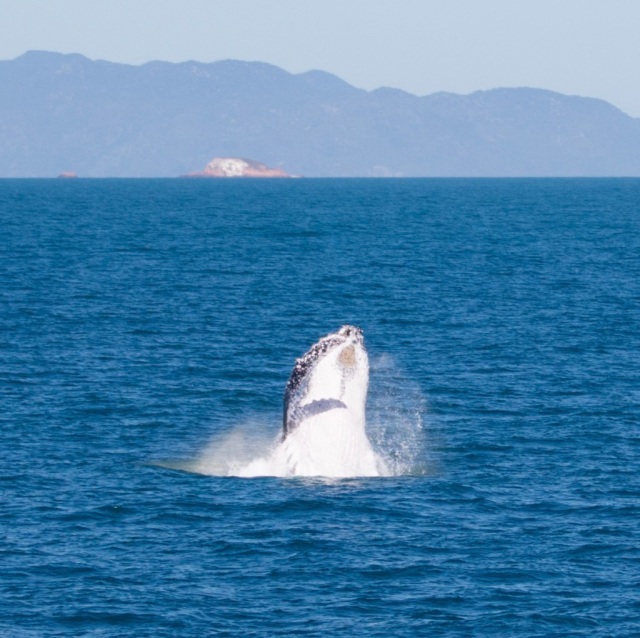 It is hard to leave the whales but the Captain has to start up the motors and continue on to our destination.  After all, we were all there for the concert (as well as the whales!). Once at the island everyone wanders onto the beach and selects a spot to sit – either in the shade or in the sun and just relax.

Some decide to swim or snorkel  – but for me, having lived in the tropics for a long time, it was a bit chilly this year!

Among the performers was Wu Man – who played an ancient Chinese instrument called the Pipa – note the improvised music stand! 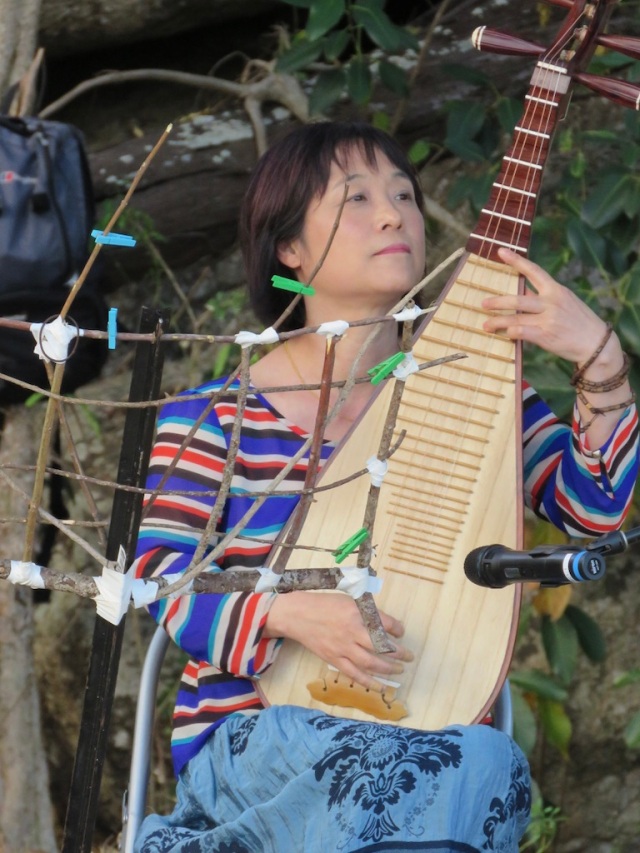 Rachel Clegg played the oboe, Roberto Carillo-Garcia was a dream on the guitar, Sally Walker was on the flute and Martin Kuuskmann played the bassoon. They were all excited about this unusual venue for the concert and loved the informality of it all. 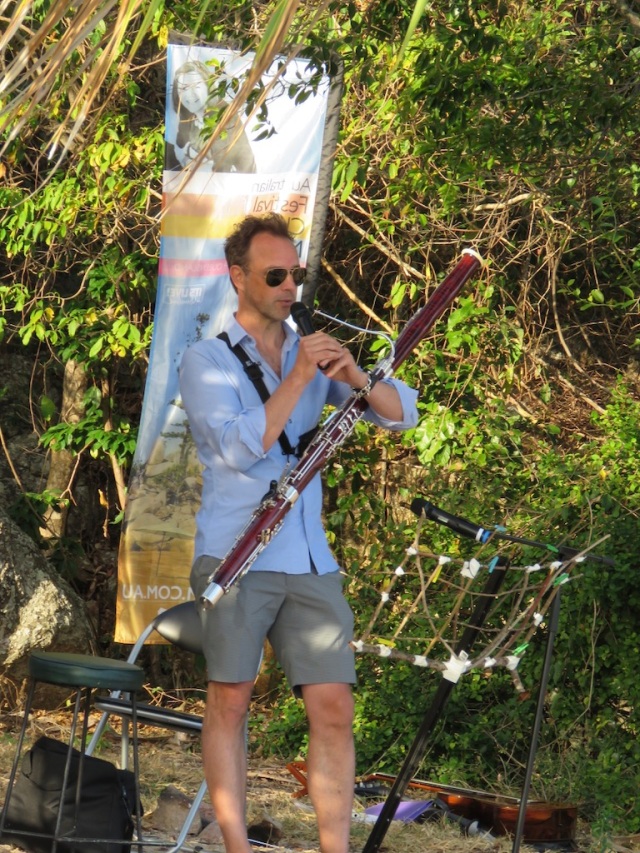 For these musicians, who hailed from the UK, Canary Islands, China/USA and Estonia/USA, the whole experience was one they will never forget.

Imagine sitting on a rock to listen to world class musicians! Or testing the water before you settle down to sublime music…. 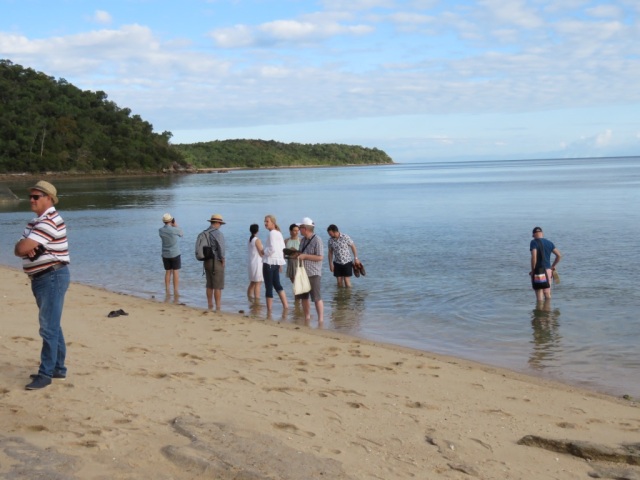 Last year even the artists themselves couldn’t resist the water

Finally it is time to board the boat and head back to town – along the way a fabulous dinner is served along with fine wines and small, tasty desserts. 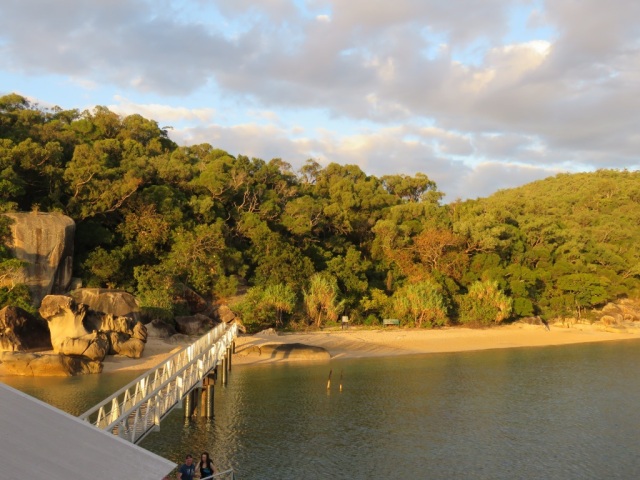 Farewell Orpheus – until next year! 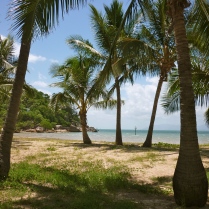 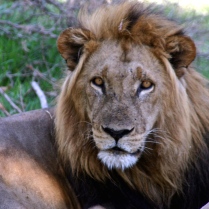 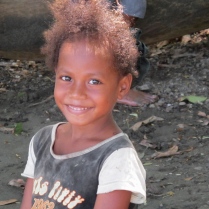